A horse-racing day at the famous Champs de Mars, Mauritius

Mauritius Island is well known for its beautiful beaches, its multicultural population but also for its cultural folklore such as the famous horse-racing at the Champs de Mars.

Located East of the capital Port Louis, at the edge of the mountains, the Champs de Mars offers an amazing view over the harbor, the Pouce mountain and its surroundings. The Champs de Mars racecourse is the oldest hippodrome of the Southern Hemisphere and the second oldest in the World. It was founded in 1812 and inaugurated on 25 June 1812, by The Mauritius Turf Club which was founded earlier in the same year by Sir Robert Townsend Farquhar, who was the first British Governor of Mauritius and the Mascareignes. 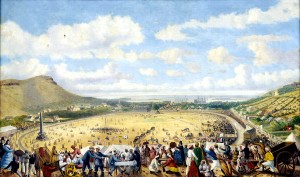 Since the capitulation of the French colonies in December 1810 (who had colonized and managed the island since 1715), the situation between French and English colonists was pretty delicate. For the Governor it was essential to built an area of leisure and cooperation between French and English. Therefore, he introduced the horse-racing, already famous in England, which were welcomed with enthusiasm by the public.

This made more than 200 years of glorious success for the Champs de Mars racecourse and its famous horse-racing towards the population. The hippodrome has been the witness of the agreement between French and English, the independence of Mauritius Island on March 12th 1968 and the celebrations of the national day that have followed since then every year. 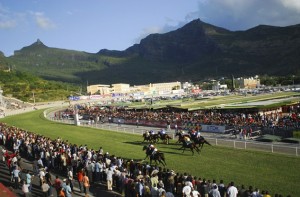 Horse-racing has become a national passion which gathered thousands of Mauritians at each race. Racing is the frenzy of betting, the passion for the sport, an opportunity for the gentlemen to wear their most fine suits and for the ladies to adorn themselves with their most beautiful dresses and on the top of all, their famous hats (they surely attract the photographers), private lodges, the boiling mass, magnificent horses with their unusual names, the excitement of the commentators and of course, the street vendors always present to serve you a nice dalh puri or other tasty Mauritian treats.

The racing season, from the last weekend of March until the first weekend of December, will give you the opportunity to attend major races such as the Maiden, the Duchess of York Cup the Duke of York cup and the Barbé Cup among others races. Saturday is the usual race day but for the important races it also happen on Sunday. During the racing season, every Saturday from 12:00 pm to 5:00 pm, you’ll be able to attend the eight races of the day, played every 35 minutes with an average of 10 thoroughbred horses per race, from the stands with a crowd of 20,000 cheering people or from the private lodges with comfort and individual services, depending on the experience you are looking for. And why not make a bet if you feel a good track. 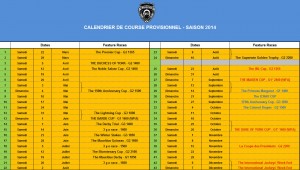 You can reach the Champs de Mars by foot after taking the express bus from Grand Bay (every 30 minutes) to the North bus station in Port Louis if you feel like visiting on the way (around 20 minutes). You’ll have to follow the B29 road (parallel road to the highway), pass-by the central market (on your left), then turn left on Sir William Newton Street, continue straight to the garden of the Port Louis Cathedral, where you’ll have to turn right onto the street Lislet Geoffrey then left onto Pope Hennessy which will lead you straight to the Champs de Mars. If the bus doesn’t suit you, you can still grab a taxi or rent a car that will take you easily to the famous Champs de Mars. 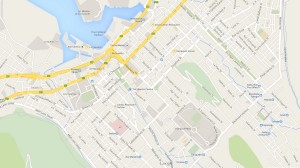 We wish you a good time on this unique historic site and a good luck if you try to bet on a race during your amazing day at the Champs de Mars. 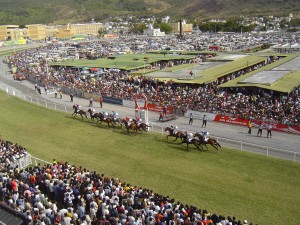