In the North East lagoon of Mauritius, near the villages of St Antoine and Poudre d’Or, stands Amber Island. This beautiful island of 140 hectares form part of the local national parks, protected by the Mauritian government. This wild island is surrounded by mangroves, rocks and crystal clear water. You surely won’t miss the beaches as the walk is so interesting.

To get there, you can go through a tour operator who will organize your trip, or for the more adventurous, you can try to ask for a place on a boat to the surroundings friendly fishermen. The island of Amber is at only 15 minutes by boat from the coast. It is accessible by only two mooring points, which help preserving its tranquility. Once you reach the island, you will be welcomed by wooden panels “Welcome”. There, you will have access to several trails to go around this amazing floating nature park.

The flora is stunning with many native plants such as the ‘bois reinettes’, ‘bois chandelle’, ‘bois bœuf’ and the ‘bois matelot’. You will also come accross some nice banyan trees, frangipani trees and casuarina trees. The spectacular mangrove around the island also worth a visit, with a kayak or by diving. An old crater filled with water in the middle of the island, and several tiny lakes contribute to its peculiarities. In the east side of the land, you will have a beautiful view over the coast of Roches Noires and its turquoise lagoon. 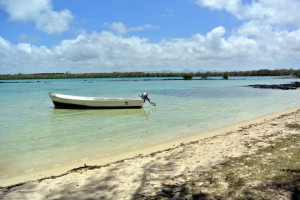 The fauna is also pretty interesting with its insects (including many butterflies), lizards and birds. Its must see is the crab “loulou”, a huge crustacean who is a mischievous and curious buddy but also quite a shy one, as he’s not easy to find. He will be happy to steal and bury forgotten objects like shoes, be vigilant. They live in colonies inside the island’s valleys and sandy areas and are more active at night. 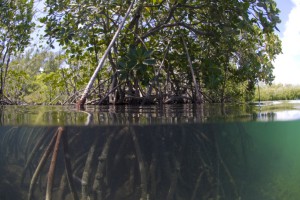 One of the island’s more original features is without hesitation its history with its preserved ruins hidden by the vegetation. These remnants of the French colonization give a tremendous charm to the reserve. You will probably come by the old shooting training area during your hike, with its traces of shots from another era. Also, it was on the nearby reefs that was wrecked the famous ship ‘Saint Geran’ in 1744, which inspired the novel “Paul et Virginie” of Bernardin de St. Pierre. Its wreck is now a popular dive site. 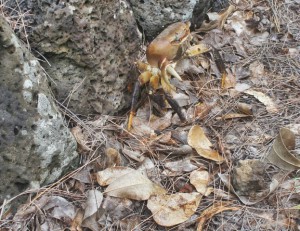 After the hike and a good picnic, we recommend you to do a small detour by boat or pirogue on Bernache Island for a swim. At the forefront of Amber island, separated by a short corridor of water, this tiny island and its sandy beaches are waiting for you. The views over the reef on one side and over Amber island on another side are resplendent. Once a year a day festival is held between the islands, on many boats and on a floating platform with music and good vibes. 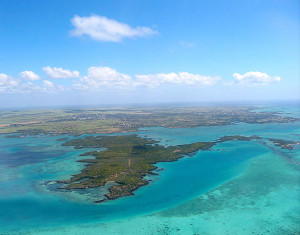 The discovery of the island of Amber is a ride that is worth doing. Away from the crowds and with plenty of privacy, it will allow you to discover Mauritius off the beaten path. As the island is uninhabited, be sure to wear good shoes and to bring your water, snacks and sunscreen. 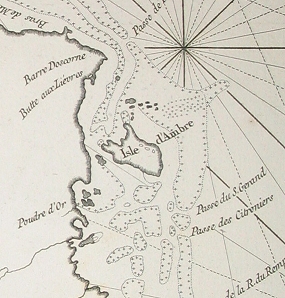